I’ve heard The Tenderloin of San Francisco described in many ways. Perhaps ‘excused’ is a better word. Many San Francisco residents accept it as an unchangeable part of the city’s terrain. It is what it is, and if you don’t like it, stay away. This attitude is so prevalent that it can be found even within the police department.

Early in his term, Mayor Newsom made a habit of jogging through the Tenderloin. He didn’t like what he saw. Police union boss Gary Delagnes had this response:

“With all due respect, Mr. Mayor, we could put a cop on every corner, and the drug dealers would just deal in between them,” Delagnes said. “But if you are really tired of seeing drug dealers, there is one solution I could suggest.”

“What’s that?” the mayor asked.

The Tenderloin is known for its street display of homelessness, overt drug deals and drug doing, prostitution, mental illness, and any imaginable unsightly act associated with the above. It is also home to a large portion of the city’s immigrants, as well as many low-income families, seniors, and disabled.

It sits squarely in the very center of the city, bordered on the North by Post Street, on the East by Taylor and 6th Streets, on the South by Mission Street and on the West by Van Ness and 9th Streets. The area contains some of the most historic structures in San Francisco. According to Wikipedia, the Tenderloin was born out of the aftermath of the 1906 earthquake, when hotels were erected in the area to house the displaced. Those that could moved on a few decades later. Those that couldn’t afford to go anywhere else stayed, and the near empty hotels were converted into low-income housing. This led to an extreme concentration of impoverished in the area, which led to causes typical of extreme poverty – crime and other illicit activities. The concentration of homeless residents increased as, over the next several decades, business and retail operations abandoned the area, and building owners began renting those spaces out to various social agencies that served the homeless community.

Due to the large population of children and families, there are several parks and recreation centers in The Tenderloin. Not surprisingly, they are neglected and in great need of care. Last week I went to a community meeting at Boeddeker Park and Recreation Center on Eddy and Jones streets. Many nearby residents are passionate about the future of the park, and want to see it become a clean, safe, and beautiful place for the community. As it is now, the entrance on Ellis Street remains locked, and the stretch of fence has become a backdrop to a sort of Skid Row of cardboard shelters. The main entry on the corner of Eddy and Jones is open for most of the day. During my walk-through, I saw a number of homeless men, and male drug-dealers. There were no women, and no children.

The park is mainly brick, with planted landscaping on brick platforms. There is a green lawn in the children’s play area, in which adults without children are not allowed. The play structure is in extreme disrepair and looks dangerous. There are large patches of dirt, lacking plants or landscaping of any kind. The recreation center is just as bleak. At a recent clean-up day, a volunteer found rat droppings in the kitchen. During the community meeting, there was a group of adults gambling real money at a nearby table.

Making Boeddeker Park a safe place for children and seniors is a real conundrum, and there are no simple answers. I see it as a symbol of the large problems in the Tenderloin. If anyone reading this is familiar with the park, and has any ideas for it, please share them here. Please also share any knowledge you have of the history of the Tenderloin and local politics regarding the area. 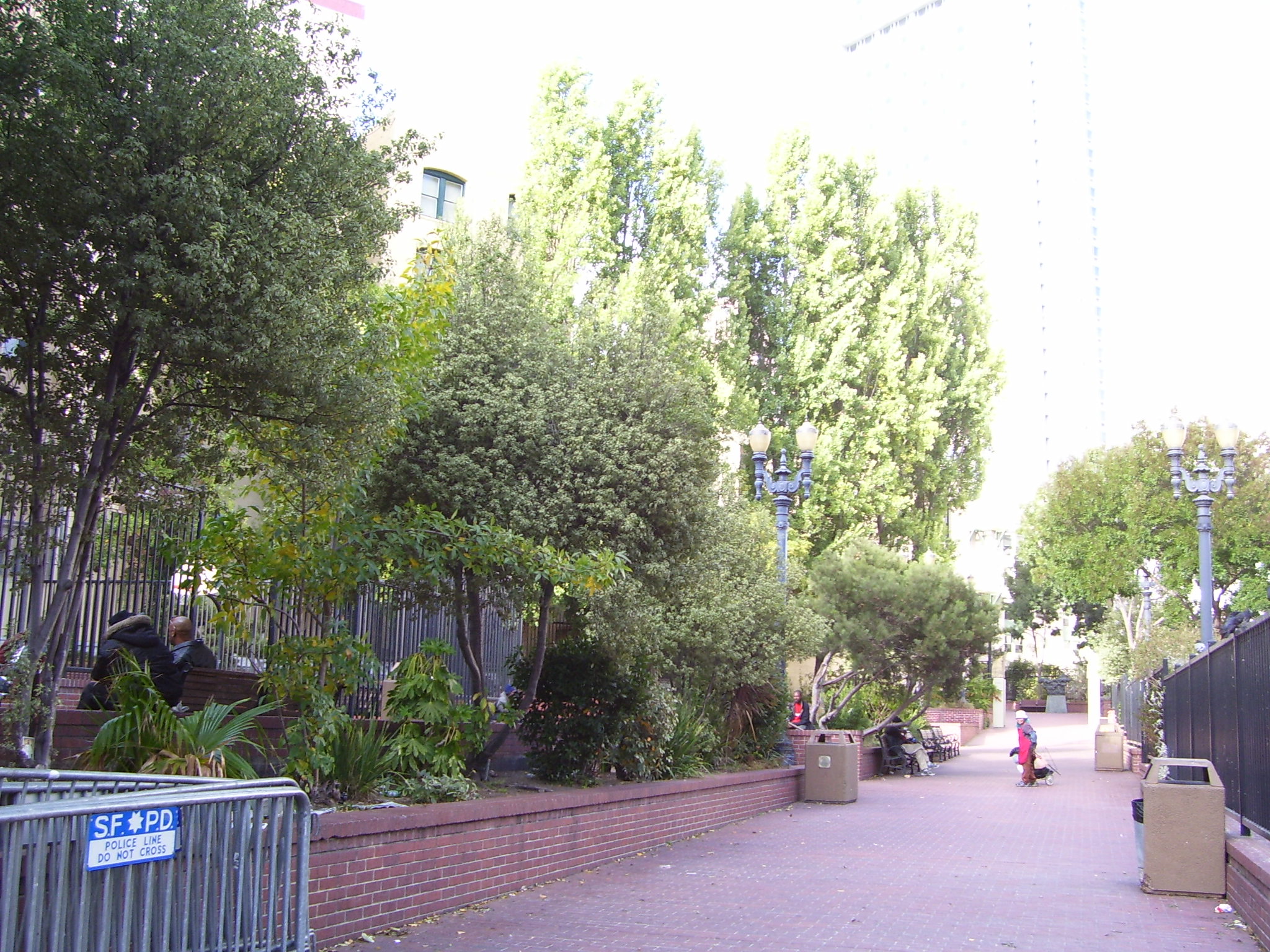 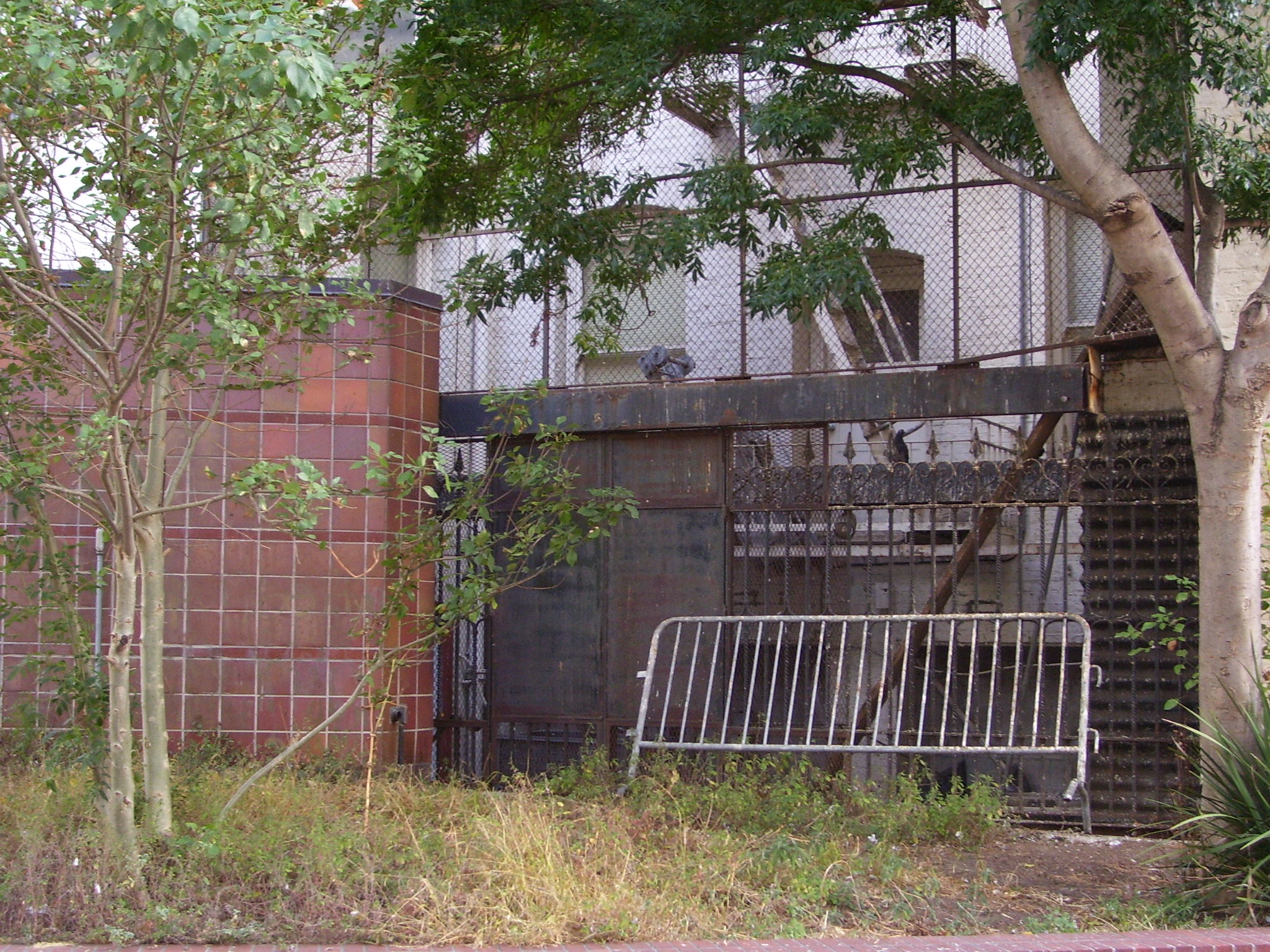 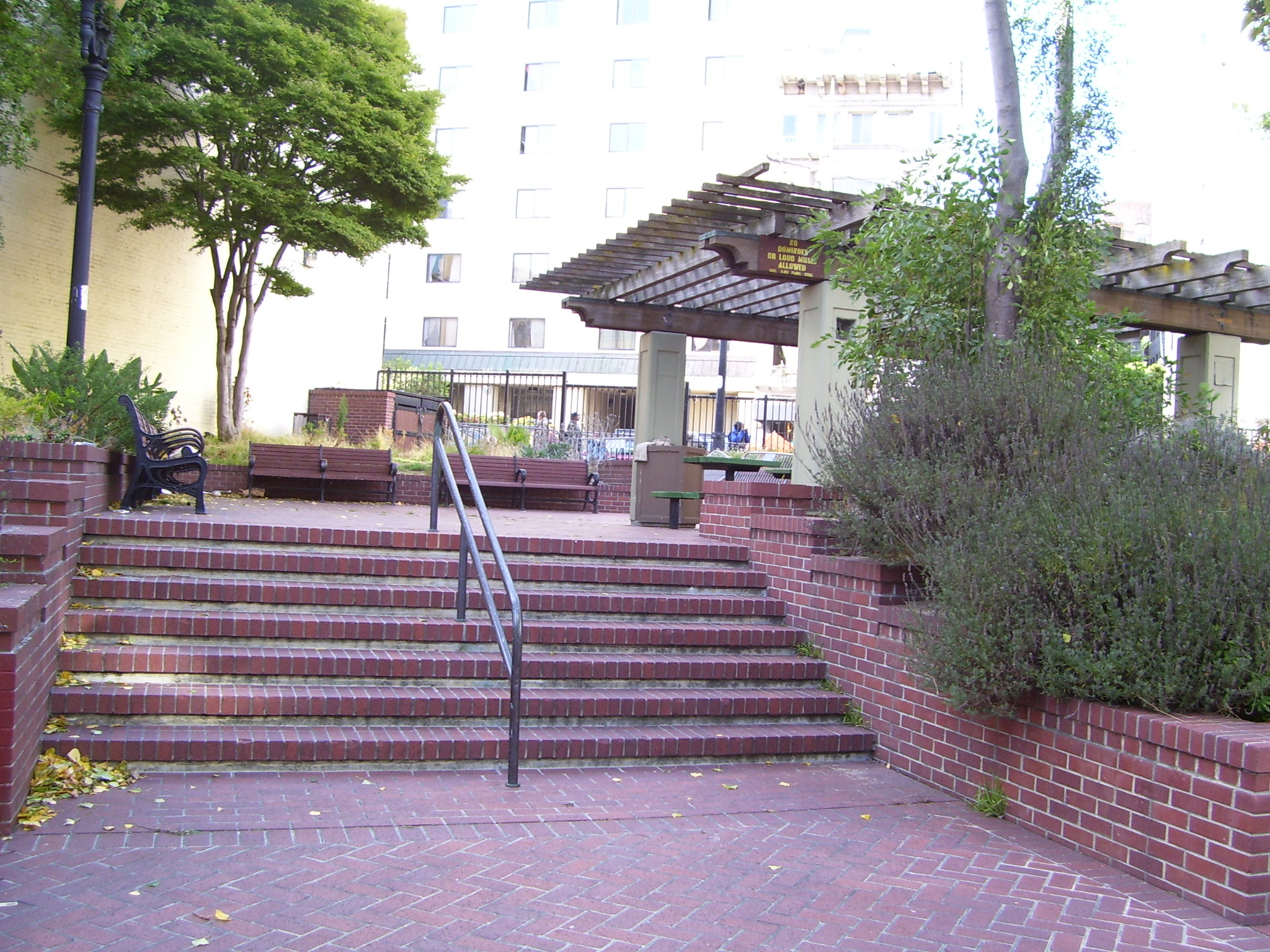 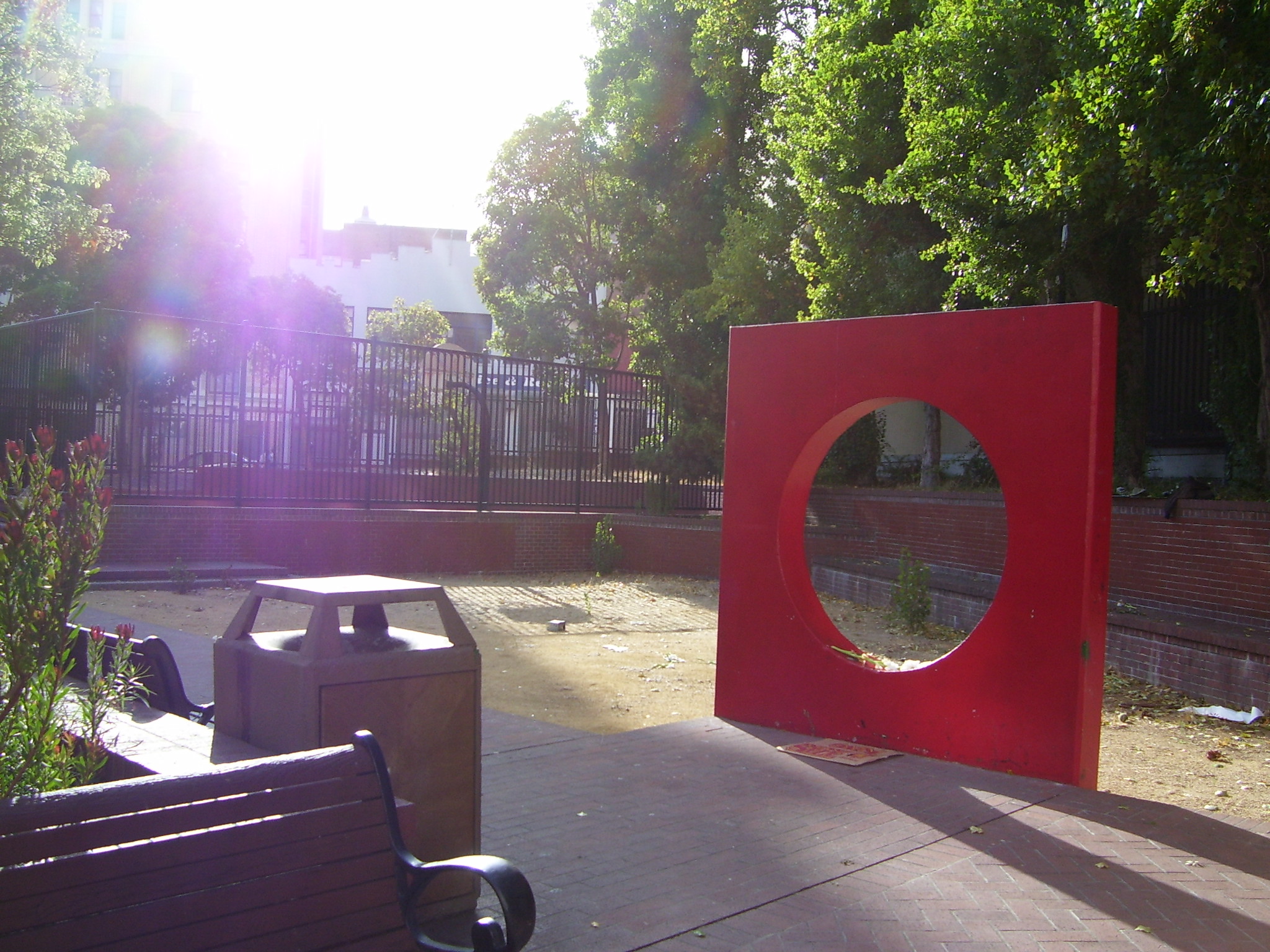