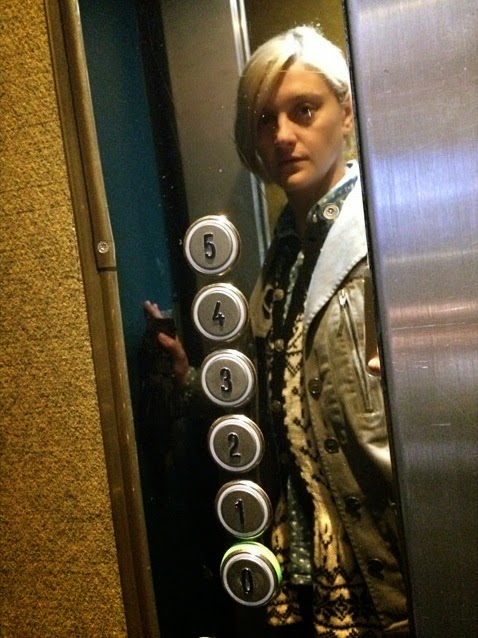 July in Paris has decided to skip to autumn. 62 degrees the other day, and rain for a straight week. I packed for summer. Skirts, sundresses, flip flops. I did not pack warm jackets, or pants. Or closed-toe, non-porous shoes that can be worn in the rain. For three days, I wore my sparkly gold Toms shoes. They became so water-logged that putting them on in the morning felt like enbalming my feet in little mushy bogs, and as I shivered continuously, day after day, my spirit sunk down into them.

Last weekend, just as the rains hit, I went walking. I headed east of Bastille, away from the areas with which I’m already familiar. I heard music and thumping, and followed it. At La Place de la Nation, I came upon a parade. Caribbean dancers in elaborately scanty costumes gyrated down the street while standers-by whooped and hollered and danced among themselves. It was Le Carnaval Tropical. A fierce wind ripped rain out of the sky, but neither the dancers nor the crowd would be interrupted. I danced too, to keep warm.

Later, I wandered back to Bastille, and from there along the Seine, making my way over to Les Berges de Seine, a 2.3 kilometer portion of the quai between Musee D’Orsay and Pont D’Alma that has been renovated into a design-focused esplanade, with art installations, bars, restaurants, children’s playgrounds, and sustainable landscaping. I knew that the Paris Cinema festival was having a kick-off event of what they called “cine-karaoke” at the end of les berges. I met up with a few classmates, and we settled in, with wine and cheese, among the audience. I did not know that “karaoke” meant “sing-along.” Musical movie scenes played on a giant screen, while everyone sung along. The vast majority of the audience was French (we were the only Americans I noticed), and they knew the words to all of the scenes, some from famous American movies like Moulin Rouge and West Side Story, as well as to the French films that I’d never heard of, and some bizarre, obscure American ones, like an incredibly weird musical war movie from, I’d guess, the 1970s. The cypress trees on the right bank sparkled with white lights while the Eiffel Tower loomed above us on the left. I noticed that, within the crowd, I was perfectly warm.

The rains became stronger and colder the next day and after getting completely soaked (I ducked into le Musée des Arts et Métiers when my parapluie ceased being of any protection), I knew I’d have to supplement my poorly-planned wardrobe. Luckily, the month of July in Paris is Les Soldes. Sales are state-regulated in France and only take place twice a year, once in July, and again in late December. Inventory at most stores is marked down over 50%, and up to 80%. Now armed with a pair of jeans, a sweater, a jacket, and a pair of rain boots, I am warm, and much, much less frustrated. I don’t need the weather to be beautiful; I just need to be comfortable. But I don’t enjoy shopping when I travel. There are millions of things I’d rather do with my time than wander around a department store. All of my finds were serendipitous, my needs presenting themselves to me as I wandered around the city. A sign in a window on Rue du Rivoli read “les jeans, -70%,” so I ran in and 12 euros later had warmed my legs. A musty vintage store at Rue Ferdinand Duval had a bin of clothing for 5 euros, and another for 10 euros. From one bin I unearthed a military jacket that fit me perfectly, magically, and from the other, a gorgeous peplum fair-isles sweater. A pair of black rain boots – handsome, sleek and structured, – gleamed in a window on Rue des Francs Bourgeois, and my soggy feet cried out for them. I said no until I saw the little tag with an original price of 75 euros crossed out, and 20 euros written next to it. Oui, oui, d’accord!

And with that, my shopping was done, my body warm, and my spirit risen.