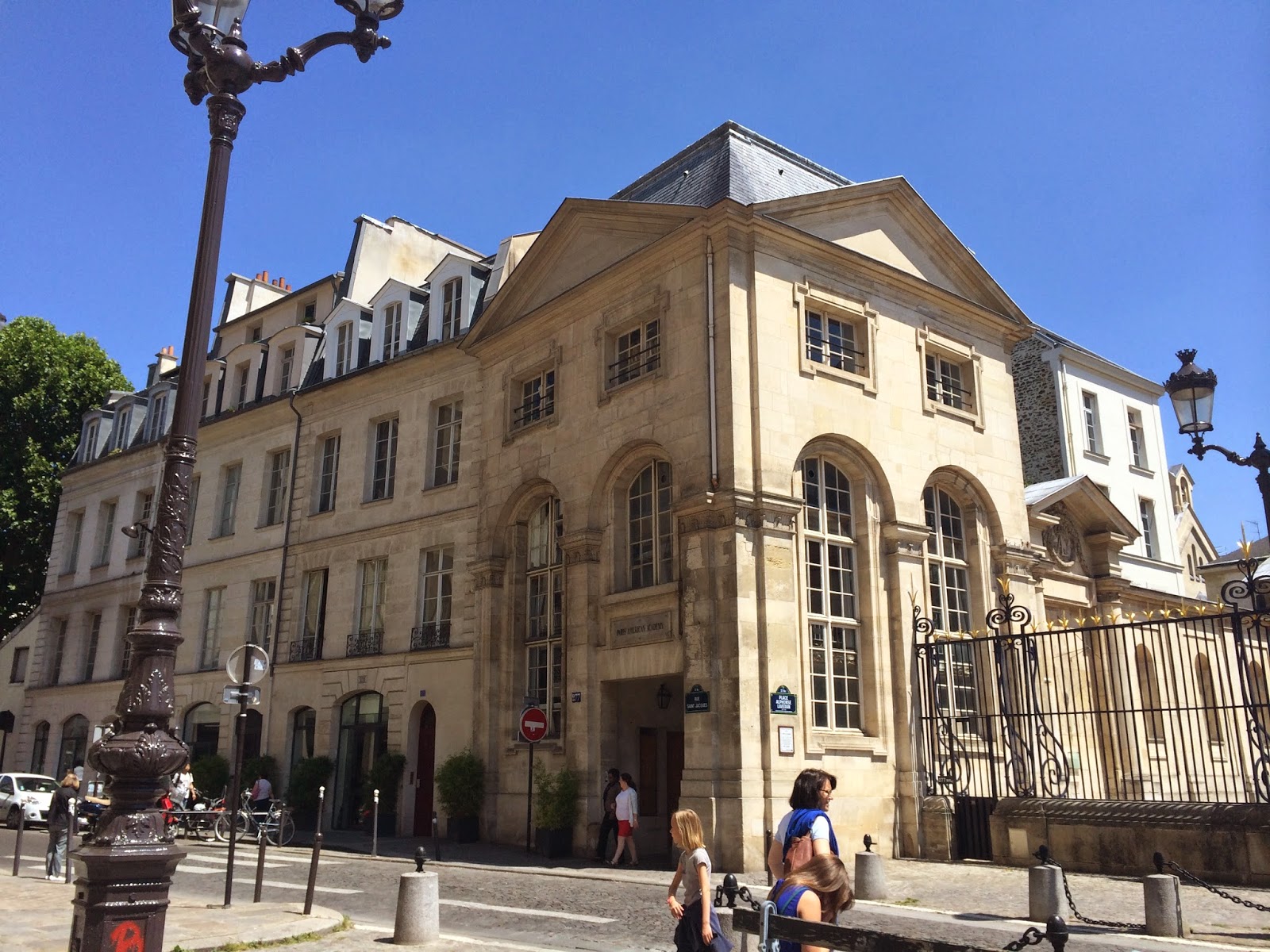 Je suis à Paris. After a thirteen hour over-night flight on which I did not sleep a wink, I arrived at Charles de Gaulle airport with a fifty-pound suitcase, a fifteen-pound shoulder bag, and a head both heavy with fatigue and soaring with excitement. I took the RER train into the city, mapping out my three-transfer route to my apartment in Bastille. Easy. Seated near a window, I watched the city unfold before me, taking pride in how familiar it all was. (I’ve loved the idea of Paris my entire life, and when I was a child, I envisioned myself living here one day. Then I visited three years ago, and transferred my love to the actual city. Now I can state, with some truth, that I know Paris. I may not ever live here permanently, but I will always have a relationship with it.)

I am comfortable with big cities, confident with direction and navigation, and at home in large crowds. This confidence, however, often leads to a ballooned self-reliance. Taking the RER with 75 pounds of luggage on a three-transfer journey to my apartment would have been fine in a younger city, with a newer metro system incorporating certain modern standards of convenience, such as elevators and escalators. All told, I hefted my 50-pound suitcase up and down fifteen flights of stairs. Then, once arrived at my destination station of Chenin Vert, I dragged it several blocks the wrong direction before realizing my mistake. This is when it started to pluie. I arrived at my studio wet with a mixture of sweat and rain, and almost cried out of gratitude when I saw that it has an elevator.

My studio is adorable. At 215 square feet, it has a kitchen, a washing machine, an actual bathroom with a real toilet and shower (the studio my husband and I rented three years ago had barely operable toyish versions of both), and a futon bed. It’s in a beautiful neighborhood full of bars and restaurants (mais bien sûr, c’est Paris), and near many metro stations.

My school, the Paris American Academy, is across the Seine, high up in the Latin Quarter, near the Luxembourg Gardens. Our first class was held in a room in which Benjamin Franklin once studied. Our second class was held in a room that, though in a newer and much less beautiful building, sits directly above the corner of the catacombs in which a monk was once found dead, eleven years after he’d descended into the ground to find a bottle of wine.

Today is my fourth full day in Paris. I have spent all of the last three days traversing between the 11th and 5th arrondissements, going to class, attending the organized school functions, and trying to find some time to eat and wander.

Thus far, I’ve not traversed far out of those respective neighborhoods, but last night I joined the masses at L’Hotel de Ville to watch the France-Germany World Cup game. The streets of le Marais were as festive as those of Manhattan Beach on the 4th of July – my favorite day of the Los Angeles summer. The mass revelry along these ancient cobblestone streets eased my slight homesickness caused by missing my beloved American holiday.

As I make my way through my list of must-have eats and drinks, I’ve thus far enjoyed some tartare de boeuf, l’escargot, soupe l’oignon, and much cheese, wine, and Ricard.

The list isn’t very impressive yet, as I’ve been grocery shopping and eating at home as much as possible, for economical reasons. Fortunately the markets here, even the tiny bodega-style ones, are stocked with foods of incredible quality. What we Americans consider delicacies, the French consider staples. Excellent cheeses, charcuterie, garden vegetables, freshly baked breads, delectable wines. I’ve turned my little studio into a pantry of culinary abundance, simply because it was the cheapest option.