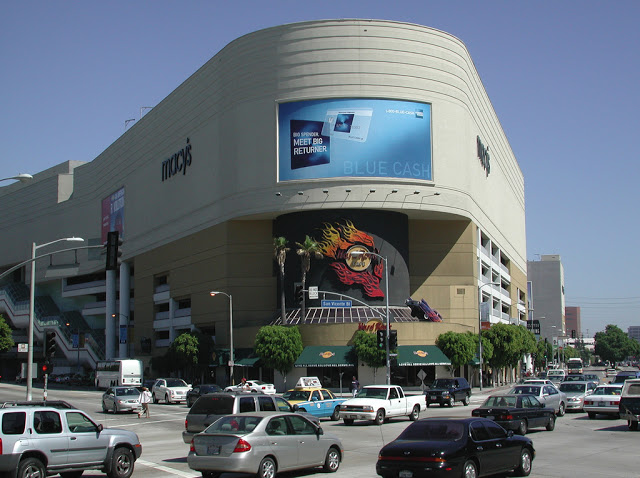 What excellent news: The Beverly Center, aka one of LA’s worst design nightmares, is getting a revamp.

The most aggravating aspect of the current Beverly Center is its lack of pedestrian access. The shopping mall sits on the upper three levels of the eight-story building. A dismal, drop-ceilinged Macy’s Men’s Store occupies part of the first level, while levels two through five are parking lots. I know from experience that getting in to the shopping mall on foot is an exercise in anger management.

The second most aggravating aspect of The Beverly Center is its lack of sunlight. A shopping mall set in the California sky, it has no windows. The view from up there must be lovely, but how would you know. The structure is so enclosed, you have no idea you’re eight stories above Beverly Hills. Hashtag missedopportunity. You may as well be in any nondescript mall in middle America.

Thankfully, Taubman Centers, the company that owns the massive disappointment announced they will unveil a renovation of the Beverly Center on March 7, according to Curbed LA. No news yet on design plans, spearheaded by ltalian firm Studio Fuksas, but fingers crossed, it’ll involve some mixed-use, urban development and open space. Oh, and sunlight. Because, after all, this is L.A.